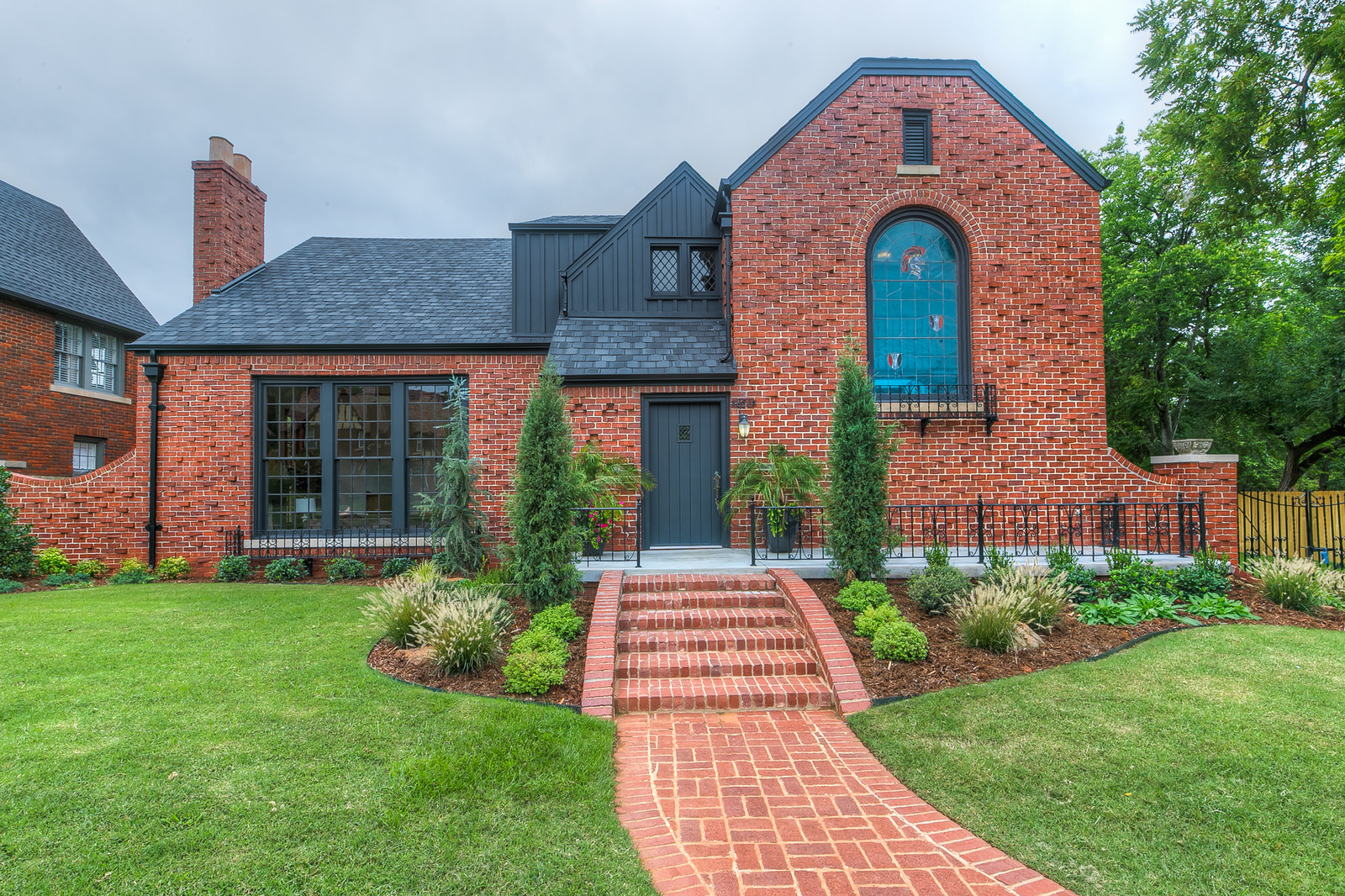 We love historical homes because of the lives and stories shared in the spaces. We are privileged to tell the story of The Historic Lincoln Terrace and 624 Culbertson with help from Lincoln Terrace Neighborhood Association.

To see the full listing information for 624 Culbertson, click here.

Located just to the south, OU Medical and Oklahoma Children’s Hospital, two of Oklahoma’s premier medical facilities, provide rapid access for medical care, as well as for medical staff residing in the neighborhood. For those sports fans in the neighborhood, it’s a hop, skip, and a jump to take in an NBA Thunder game at the Chesapeake Arena downtown, or cheer on Triple-A affiliate of the LA Dodgers, the OKC Dodgers, at the beautiful Chickasaw Bricktown Ballpark.

Although a peaceful neighborhood, Lincoln Terrace provides easy accessibility to a vibrant nightlife. Surrounding districts provide a way to unwind and have a good time, whether it’s at a restaurant with a rooftop bar and an amazing view of the OKC skyline, something with a faster tempo at a dance club in Bricktown, or a local watering hole. Lincoln Terrace is a quick 5-minute drive from OKC’s revitalized districts, Uptown and Paseo, Midtown, Downtown, and Bricktown, with a multitude of restaurants, retail shopping, and entertainment venues.

Oklahoma became the 46th state of the Union in 1907. Three years later, in 1910, the capital was moved to Oklahoma City from Guthrie and plans were soon underway to provide a suitable Capitol. That massive classic structure was completed in 1917, with Oklahoma City itself lying a mile to the south, connected by a dirt road leading across an unbroken pastureland.

John J. Culbertson donated part of the land on which the Capitol was built. Within a year he had opened up to home builders a section southeast of the Capitol that was to become Lincoln Terrace. Before 1918 had ended the first two homes had been constructed. Some 75 homes were built in the 1920s. Most of the other homes in the Lincoln Terrace Historic District were erected in the 1930s. Many of the homes in the area were built by G.A. Nichols.

The significance of Lincoln Terrace today lies not only in the importance of those state figures who developed it. Lincoln Terrace also represents an era. “This was the heyday of the ‘Roaring Twenties’ and the oil boom in Oklahoma and many of the residences reflect the taste of the period,” according to historian Kenny A. Franks. Newly rich oilmen and political leaders flocked to the area, he says, “and their lifestyles were indicative of the entrepreneur era in American history. It was a short-lived period of financial wheeling and dealing during the oil boom in which millionaires were made overnight. However, it came to a sudden halt for many during the depression of the 1930s. Nonetheless, Lincoln Terrace remains as a prime example of the great influx of wealth brought about by the growth of the oil industry in the new state. Lincoln Terrace represents architecturally a unified, original, and well-preserved visual reminder of the free-wheeling lifestyles and tastes of the enterprising young pioneers who settled and built Oklahoma City.

Judd was once a member of the State Planning and Resources Board and during World War I was a member of the American expeditionary force in Siberia, but he was best known for waging a one-man war against oil wells in Lincoln Terrace.

Judd’s involvement came during the administration of Governor E.W. Marland, when early in 1935, the No. 1 Mary Green well was drilled just northeast of the governor’s mansion. This well and others preceding it revealed that the fashionable residential area, the University of Oklahoma Medical School and hospital grounds, and the executive mansion and the capitol itself were situated atop a productive oil structure.

Judd came to Oklahoma from Arkansas in 1934, and a year later moved into his Lincoln Terrace home and almost immediately into the oil well controversy. The focus of Judd’s battle was state drilling on Lincoln Boulevard’s parkway median and the oil drillers’ use of big oil field trucks on streets throughout the neighborhood.

Judd, through his attorney John Shirk, another Lincoln Terrace resident, slapped a federal court suit on the British American Oil Producing Company to enjoin the state parkway wells, which he said were damaging his property.

Always the scrappy in-fighter, Judd told the newspapers during the fight that “the folks along the boulevard used my home for meetings when they were talking of fighting the parkway wells. I made contributions along with the rest of them, and they started to go over to the other side one by one as the state cut them in on the royalties. Pretty soon, I was all alone.”

Judd may not have won his fight, but did make other contributions to the state’s development.

He was president of the First National Bank in Ardmore, which organized in 1887 as a private bank and chartered in 1889. It claims to be the oldest bank in the state. In 1946, Judd was chairman of the Oklahoma State Symphony drive for funds. He was named to the State Planning and Resources Board by Governor Roy J. Turner in 1947, was formerly executive vice president of a city-based life insurance company, and was influential in establishing Citizens State Bank.

As Oklahoma City is experiencing urban revitalization, Lincoln Terrace is considered a catalyst because of its proximity to dining, shopping, and entertainment while still carrying its charm of historic character. The neighborhood holds some of the best premiere unique architecture and attention to detail in OKC.